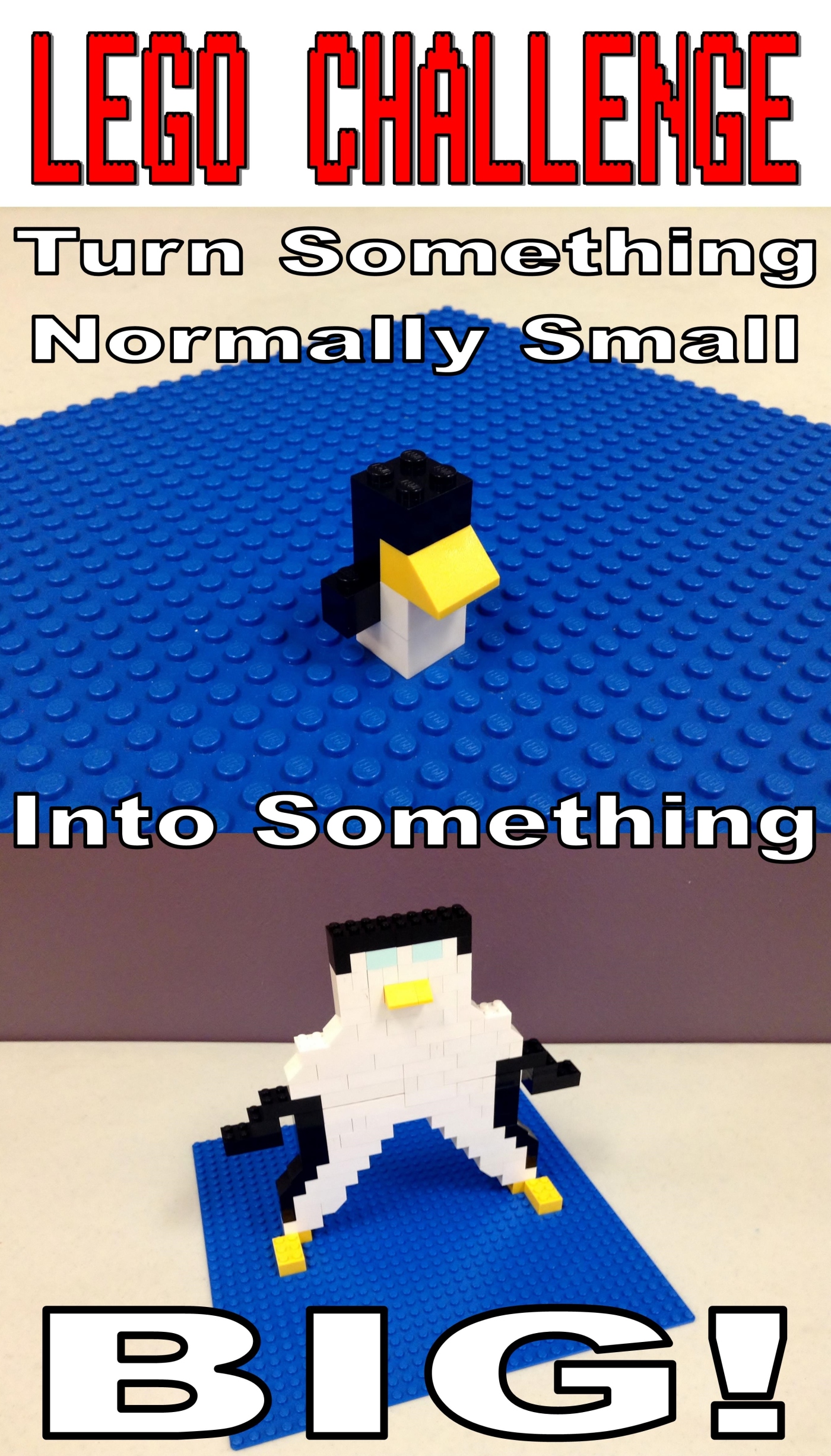 This is the first time that I changed the theme AFTER the challenge was already over.  After we did rules, I explained that the theme was “Giant Monsters,” so kids would make a giant version of a monster, animal, or pet to destroy buildings.  Kids were happy with that idea, but they didn’t seem as into as usual, it didn’t seem like that unique of a challenge.  We did get some really cool designs out if it though, like a giant ant fighting a T-Rex!

That way you can still make a giant monster, but there’s this extra component to the challenge now, if you want to get creative.