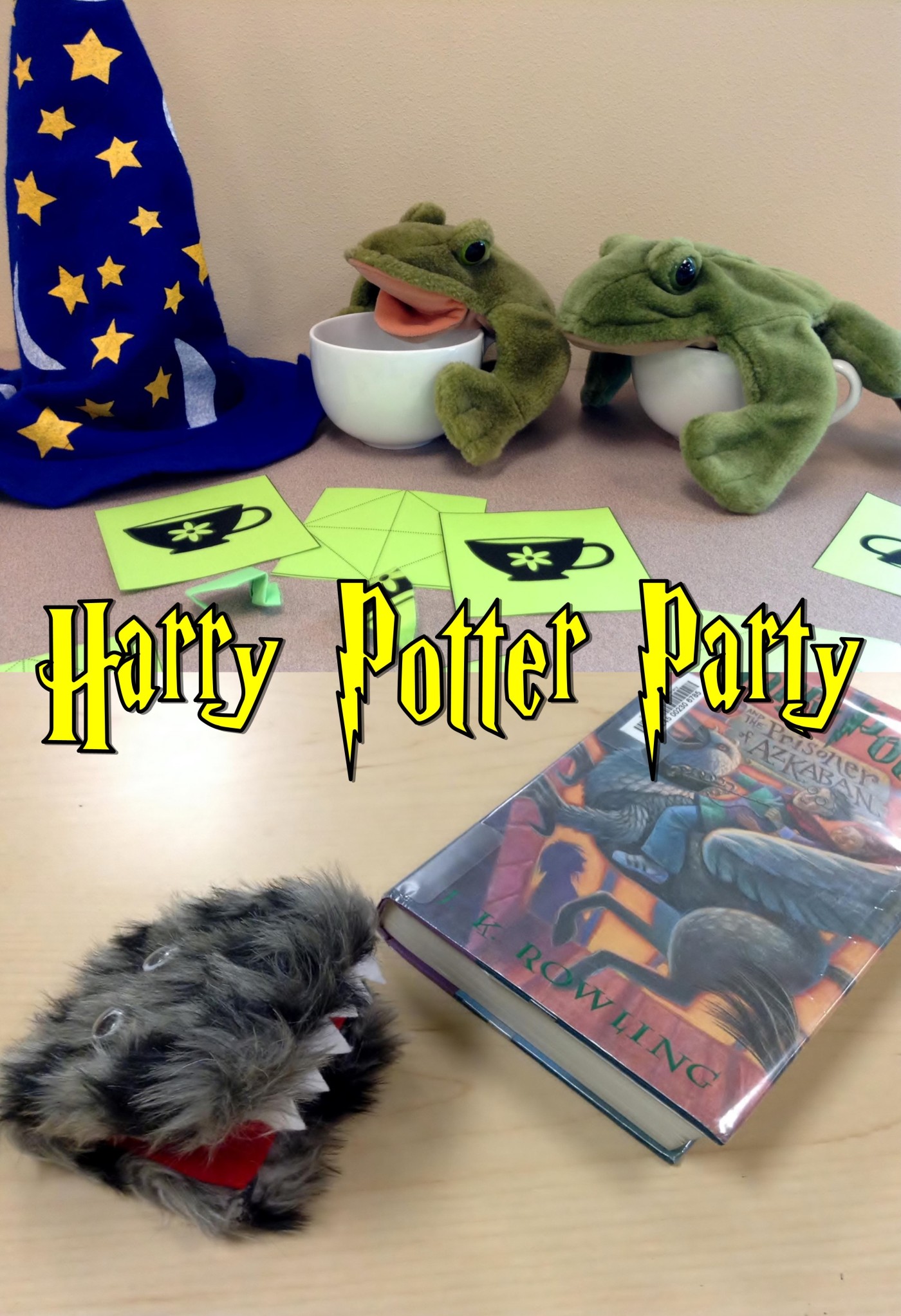 This is a great one to do in stations, since every station can be a different class.  This one is almost guaranteed to give you a good turnout, because who doesn’t like Harry Potter??  (If you don’t, keep it to yourself.  Librarians are practically forced to like Harry Potter I’ve found out.  I was shamed into reading them about a year ago.)  This is another program I collaborated on with Miss Gloria, and it turned out really great.

The first thing we did was gather all the kiddos around and sorted them into the different houses.  Every kid reached into our wizard hat and pulled out a wand.  We made these out of pencils, hot glue, and paint.  I know people do this with chopsticks, but I really think pencils are the way to go, since the “Defense Against the Dark Arts” activity will be easier with pencils.

Each wand had a different color on the tip, which corresponded to the four different houses.  I had posters up with each house’s shield and the different characteristics of each house.  I made sure that my Slytherin poster was as positive as possible, since I heard from other events that kids hate being in Slytherin.

After everyone got a wand, our kids were able to move to the class of their choice.  I quickly explained each station and they were on their way.

For this class, our kids learned how to turn teacups into frogs.  What I did for this one is made an origami template with a teacup on it, and hung up some step-by-step instructions on how to turn it into a frog that actually hops when you press down on it.  You should be able to find the template here with the instructions.  It’s pretty simple so we didn’t have a whole lot of problems with this one.

Defense Against the Dark Arts

Pretty simple–kids would take their wand and shoot at targets on the wall of Voldemort and other baddies.  Our kids would line up, grab a rubber band from a bowl, put it on the end of their pencil wand, and try to shoot at the targets.  This is where having pencils as wands comes in handy, since the tip is a lot wider, making it perfect for some rubber band shootin’.  I also had a sign with Mad Eye Moody telling kids to only shoot at targets and not shoot each other’s eye out.

Oof this one didn’t go as expected.  I made some giant Quidditch hoops out of some pool noodles then spray painted them gold.  I attached these to some big wooden dowels and screwed them into a large plank.  It was supposed to be a simple bean bag toss, but I didn’t specify in my instructions that kids should only throw UNDERHAND.  Kids threw way to hard and ended up snapping most of the dowels, which is why there’s no picture for this one.  I had to quickly take this away–it was a good idea but the design wasn’t strong enough and the game wasn’t supervised well enough–so just keep that in mind if you’re designing something like this for your event.

Miss Gloria researched what the kids could make, but most of the drinks she found on Pinterest were alcoholic.  Probably not good for our kids!  So I think she came up with her own–it was a scoop of sherbet, some fruit juice, and some 7 UP.  I think we had the recipe up so kids could follow along.  This table we had partially supervised so kids weren’t making messes, but Miss Gloria wanted the kids to make the potion, that way it was like they were actually “learning” something from the class.

I believe Miss Gloria got the original design here, and she did an awesome job cutting out all the cardboard and faux fur for the cover, the red and white felt for the mouth, and the ribbon for the book hinges.  All the kids really had to do was glue it all together, and she was right there to help them. 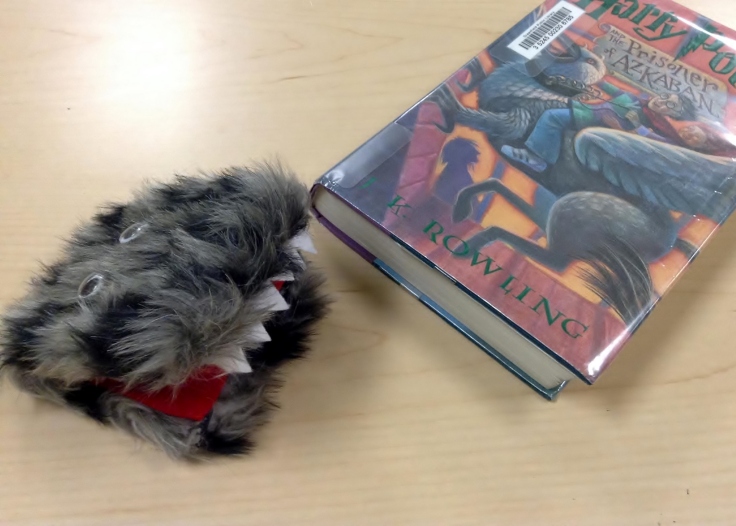 Miss Gloria found some really small pots that kids could paint and take home, I think we also had this one partially supervised so that kids didn’t make a huge mess.

That’s it!  Pretty simple and loads of fun.