Bad Art Night is such a good program for any library to do.  Not only does it allow kids to unlock their creativity, it cleans out your old craft supplies!!  It’s also great for tweens to be silly and to make fun of each other.  Tweens love that more than anything.  A lot of people have already blogged about this, so I’m just going to talk really quick about what worked for us, and what I would do differently. 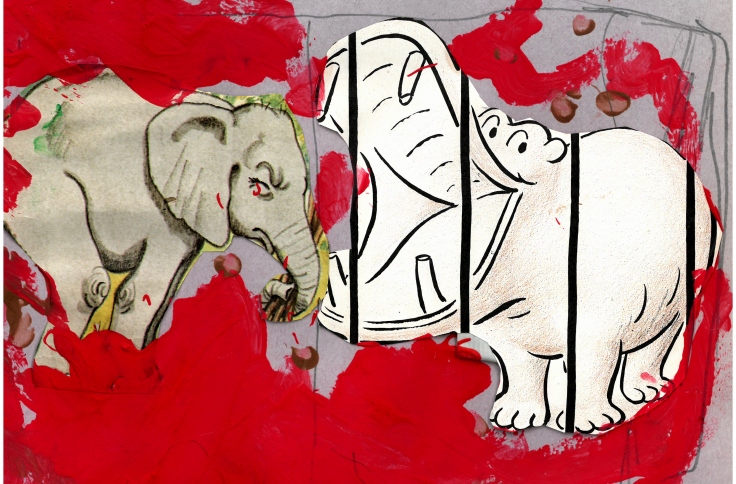 You may have to buy some new glue or other essential supplies, but don’t run out and get anything else new for this program.  The beauty of Bad Art Night is you can just put out all the odds and ends that you’ve collected and just have the kids use that.  For example, we didn’t put out our nice paper, we used our gross, faded construction paper to finally get rid of some of it.

Tip #2) Have some structure.

My kiddos are great, but they start to get rowdy if they’re left to their own devices.  So I decided that we would have a different “challenge” every 15 minutes that the kids would have to complete.  Miss Gloria and I came up with a bunch of different ones, and you can tailor them based on your group and what materials you got.

The first challenge the kiddos had to do was create a portrait of me.  It was a good one to start with, since it get comical REALLY quickly.  As you can see, I have a lot of boogers, weird scraggly beards, and awful hair.  It was really funny to talk about how awful they all were, and we got some great photos out of it for our Facebook page. 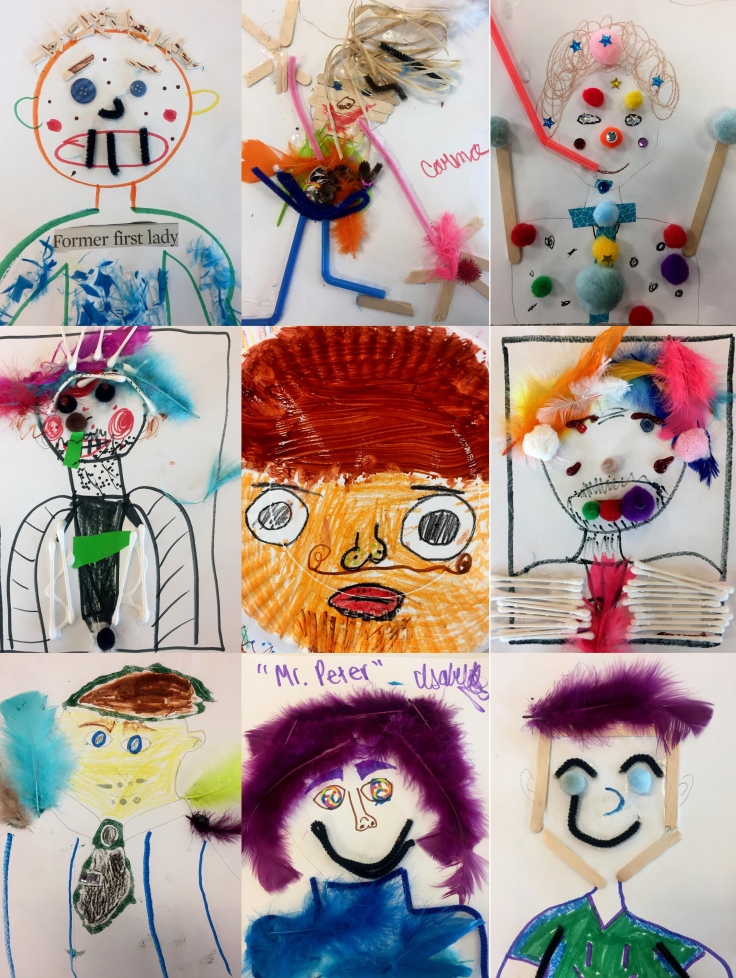 After 15 minutes, we would go around and judge everybody’s work, for about 5 minutes.  I would jokingly ask kids about their “process” and what “speaks to them” in the painting.  I got some hilarious answers, so that definitely set the tone.  After that we would move on to another challenge, another round of judging, and then go from there.

Before we did ANYTHING, I told my kids that there was only one rule, and that was to make a constructive mess.  This is called “Bad Art” Night, not “Hot Mess” Night.  Most of the kids did a great job respecting that rule…except for the ones that wanted to use paint.  Yeah…not fun.  To be fair, it’s hard to make a “constructive mess” with paint, so it’s better just to avoid that entirely.  I had kids that wanted to be little Pollocks and splatter paint on their paper; after some redirection they stopped but it’s hard to put that genie back in the bottle.  So just don’t put it out to begin with.

This is really the best part about the program.  It’s a great way to connect with your tweens on their level.  Obviously, the whole point is to be bad and not really care about the final product, so jokes and gentle insults actually become compliments.  So when I went around and judged, I would ask kids about their process and they would walk me through their painting.  Kids LOVED this part–telling their story and talking about how bad they did.  I would sometimes break in and ask about certain elements that I had no clue as to what they were suppose to be, and compliment them on how horribly everything came together.

We gave out candy to each of the “Worst Artists” of the challenge.  Sometimes judging events for kids can get stressful because you want to be fair but also try to reward everything from creativity to effort.  This is the exact opposite, so it was a lot easy to be fair.  We ended up dubbing nearly every kiddo “Worst Artist” since everyone excelled at awfulness in their own way.

Miss Gloria made ribbons for the worst artists overall.  We went with some simple categories: Worst, Worster, and Worstest Artist, which was 3rd, 2nd, and 1st overall.  But you could do other fun categories like “Least Improved” or “Least Awful.”