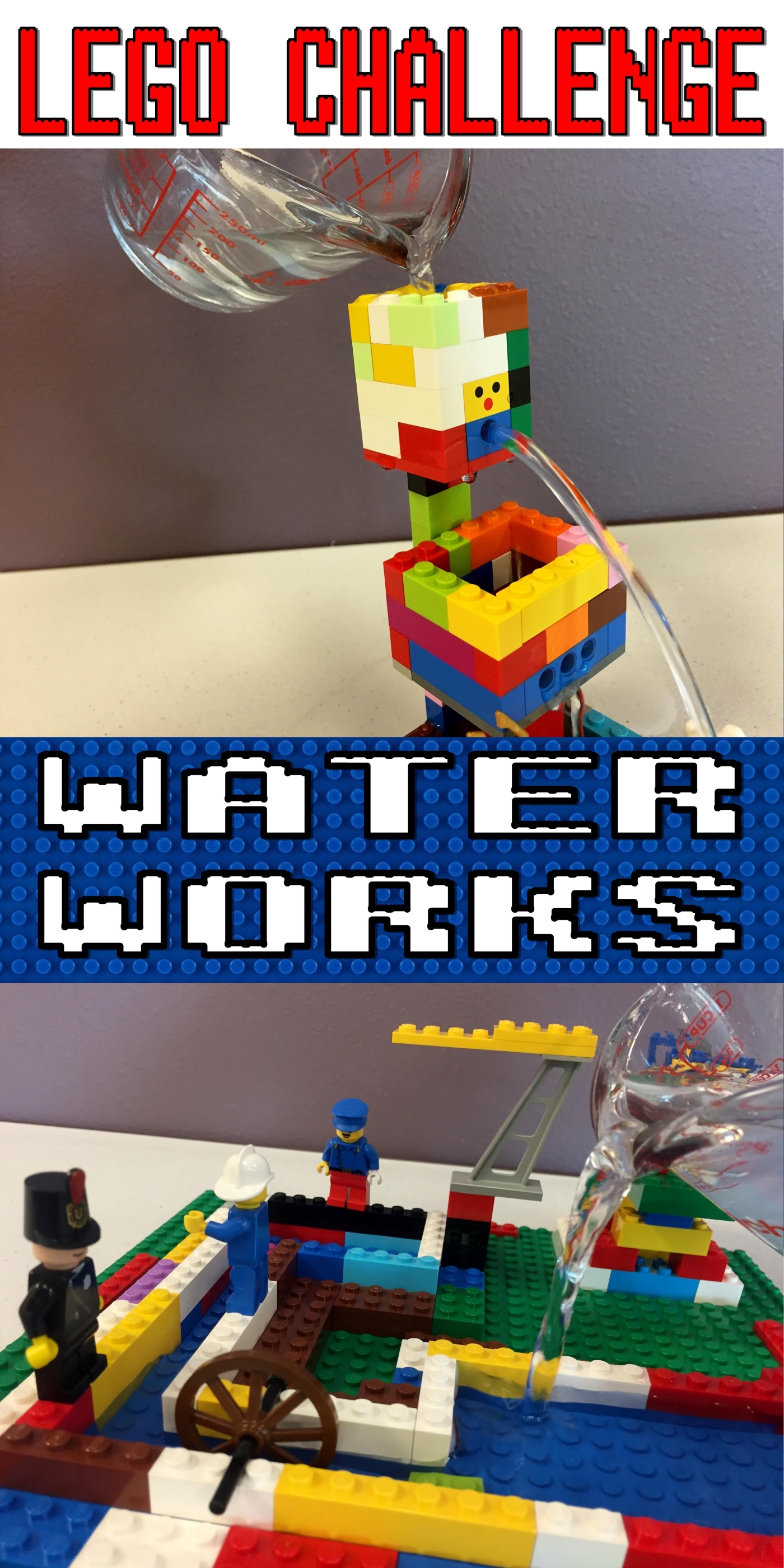 I got this idea from a STEM post I found on Pinterest, involving cups, straws, and putty.  I failed BIG TIME, so I decided to scrap it and turn it into a Lego Challenge instead.

So after we went over rules, I told my kiddos that today they could build anything they wanted, but our challenge would be involving water.  They could build pools, fountains, mazes–whatever they wanted.  BUT it had to somehow contain all the water I threw at them and be deemed “waterproof.”

This is something I learned when I did my Boat Challenge.  Legos are surprisingly good at keeping in water.  So there’s definitely better ways to build than others, BUT basically no matter what you do your structure will be mostly waterproof.  So you won’t have to worry about anybody “failing” the challenge completely.

So we built for about 30 minutes, and I went around for table-to-table and showed them a quick demonstration of a water maze I made.  That got their minds working, so I would definitely recommend a demonstration.  After the 30 minutes, I told kids that they could come up to a separate table I prepared, and they could all test to see if their creations were waterproof.  Most of them were fine, and I was able to make some recommendations to designs that needed a little extra help or support. 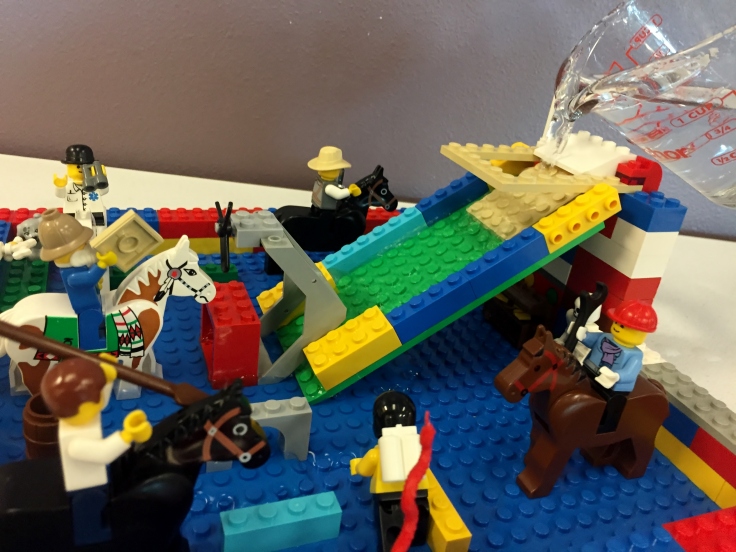 After cleanup, we did our sharing.  Normally we talk about what we did, but this time I just dumped water on their designs, so everyone could see.  This took a lot more time than I thought and the kids got a bit rowdier than usual due to this extra element, so maybe have an assistant come in for this part to make it go a bit smoother.  But all the kids had a blast, so this is one I would definitely recommend!! 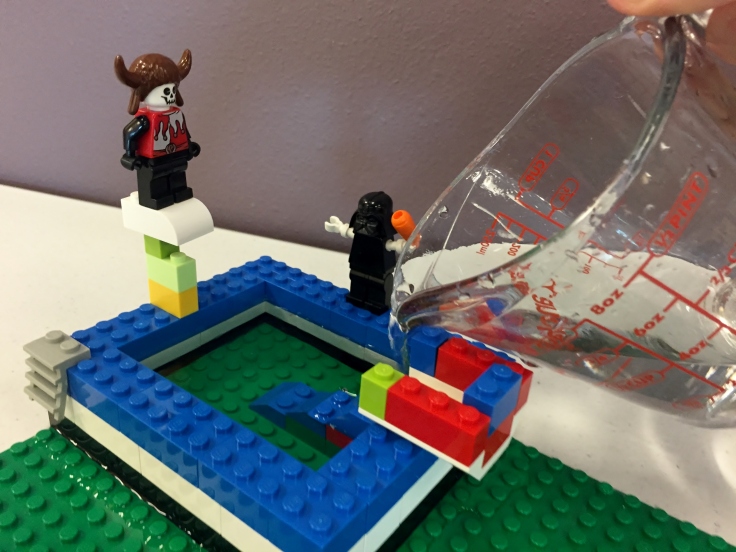 Just remember to have towels handy.  And if you’re putting your Legos away that event, you probably will want to air them out a bit so they don’t get funky.

LEGO® is a trademark of the LEGO Group of companies which does not sponsor, authorize or endorse this site.