Making book characters out of pumpkins is a great way to celebrate Halloween at the library.  Gloria wanted to bring this idea to the library, but I was hesitant.  You start too early, your pumpkins might turn gross before Halloween even gets here.  You start too late, you might not have enough time.  So while on a Joanns run, I found these:

Carvable, plastic pumpkins.  They were about $10 each, so about the price of a normal pumpkin of this size.  And they are usually on super sale, so you can get them for pretty cheap if you time it right or hold out long enough.  Try to go in there with like a 40% off coupon and walk away like a bandit!!

So anyway, I figured if we’re going to be putting so much effort into making these things, we should make them permanent so we can reuse them year after year.  Now you might be thinking, aren’t people going to remember them from last year and be disappointed??  Surprisingly no!!  We always get compliments on them, even the ones that we made years ago.  And we’ve been slowly adding to our collecting, making two new ones a year, so that makes them all seem new.  The only problem is storing them, but they don’t take up a lot of space in our basement and they hold up fine!!  They’re really good quality so they won’t get scuffed, and they can hold any kind of attachments you put on, like whiskers for Pete the Cat or fins for Dinosaur. 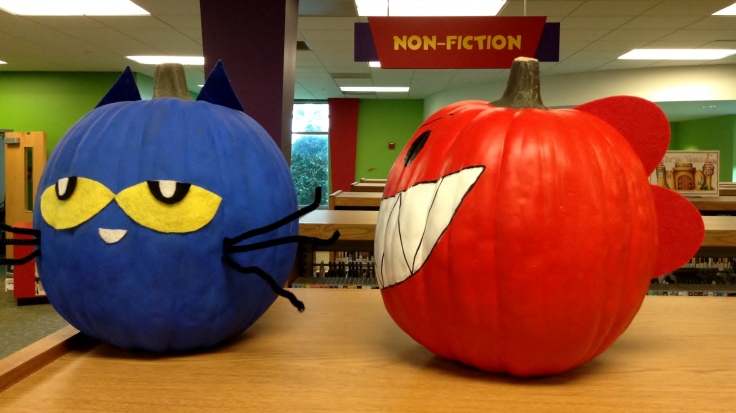 Here are the ones we’ve made so far.  Mine are the first three pumpkins, Gloria’s are the next three. 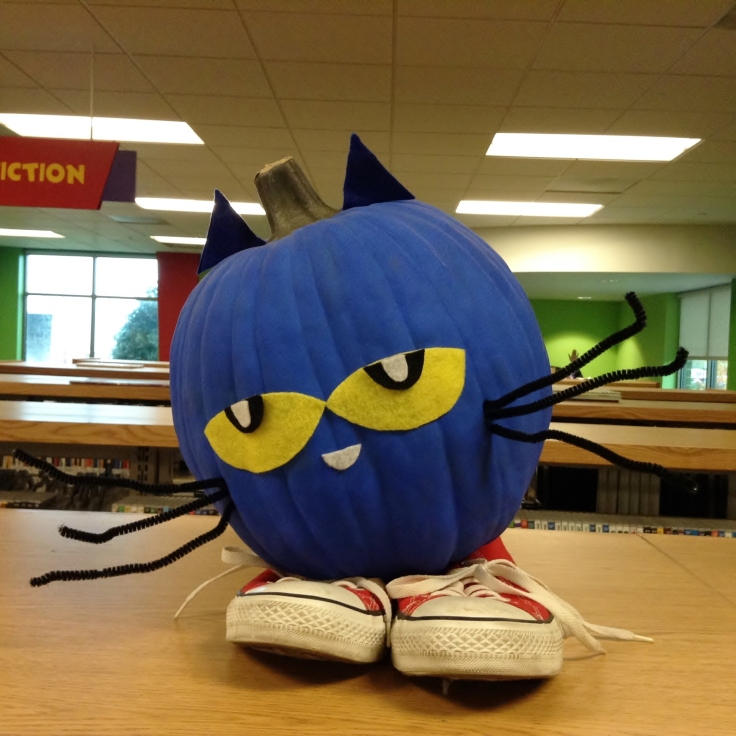 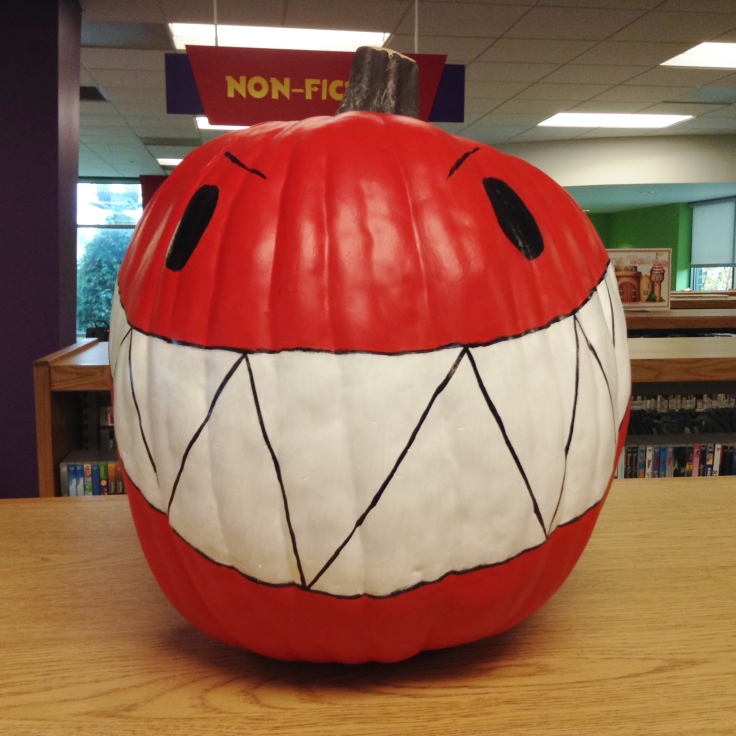 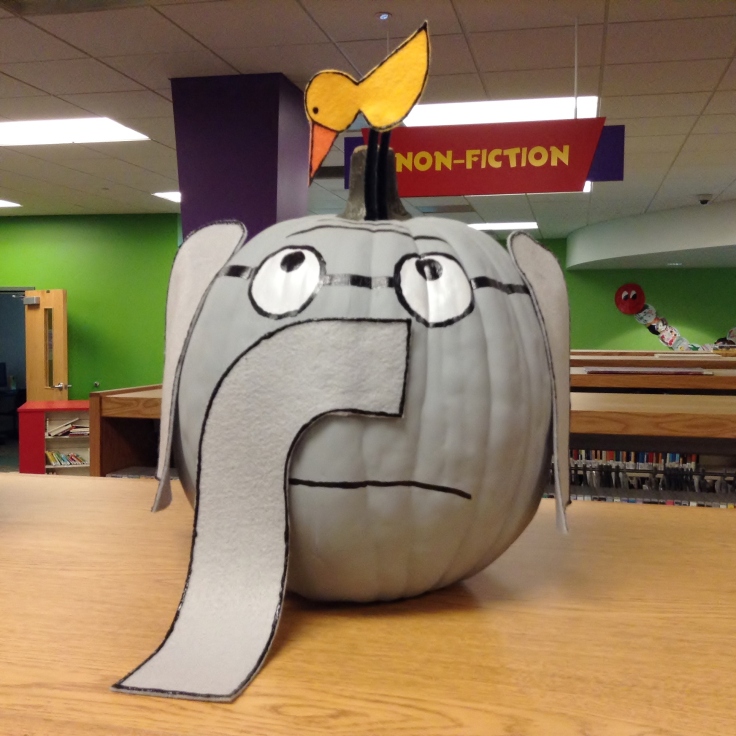 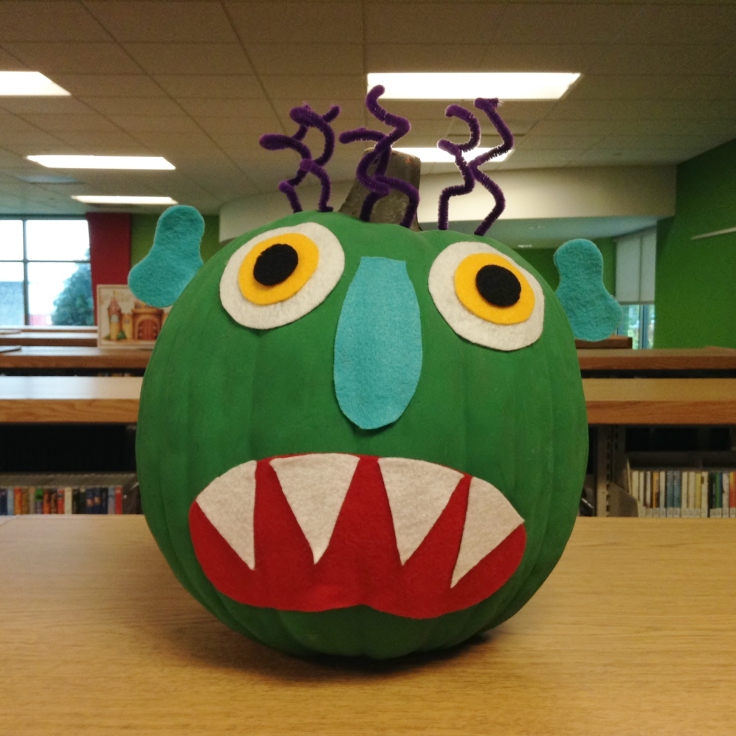 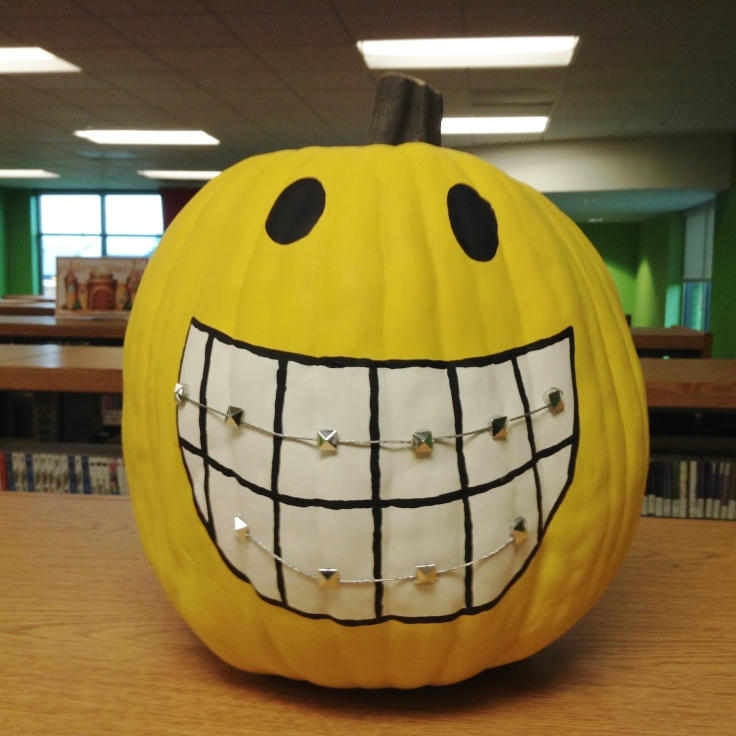