Whenever possible, I try to make whatever we build in Lego Club interactive and social, since that’s what’s going to keep kids coming back.  We’ve made slides we could all race cars down, we’ve done scavenger hunts, and we’ve done obstacle courses.  Found this idea based on a picture posted by Destination Storytime. 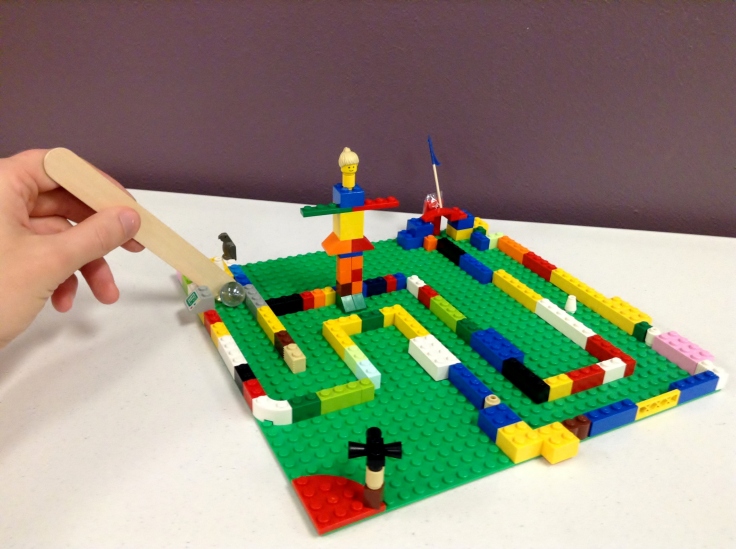 After we went over rules, I explained that our theme was going to be mini golf!!  Each kiddo would design one mini golf challenge, and then at the end of the hour, we would go around and test everyone’s courses.  There were only two requirements: 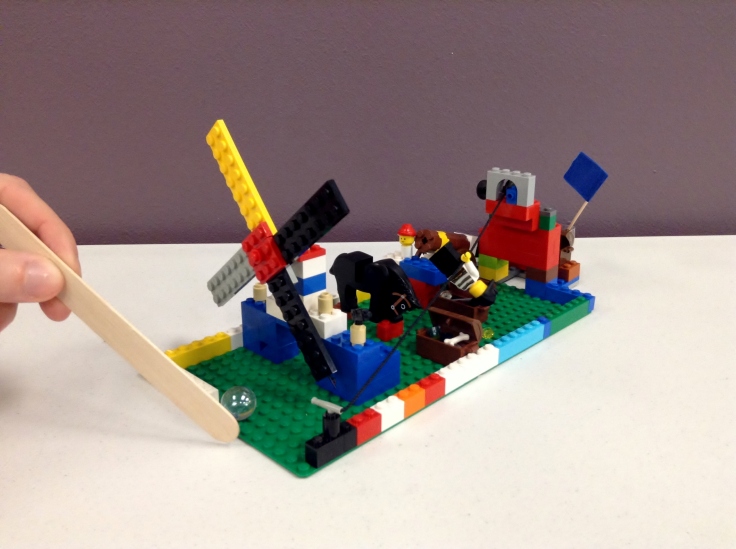 Kids got into it right away, so we didn’t have to brainstorm at all.  Halfway through the hour I gave every kid a possible stick for a putter and a marble for a golf ball.  You don’t want 25 marbles rolling around!!  What we found out right away is that my marbles were a little bit bigger than a 2×2 Lego block, so everyone’s golf course alleys had to be at least 3 brick lengths wide to make them passable.  I went around to all my tables and made sure everyone understood, and kindly instructed the kids who didn’t really get it. 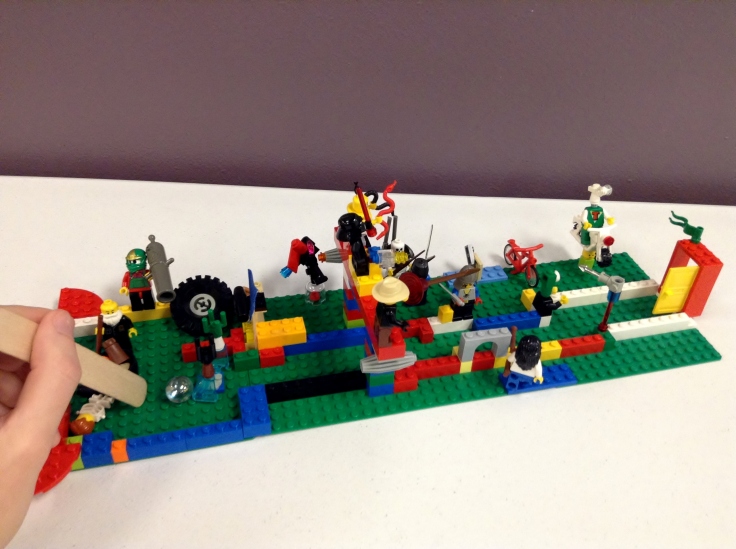 I also went around and gave every kid a small flag, made out of a toothpick and painters tape.  I told my kids to tape their flag to the end of their course so that everyone knew where the hole was suppose to be, since some of them weren’t obvious where to start or where to finish. 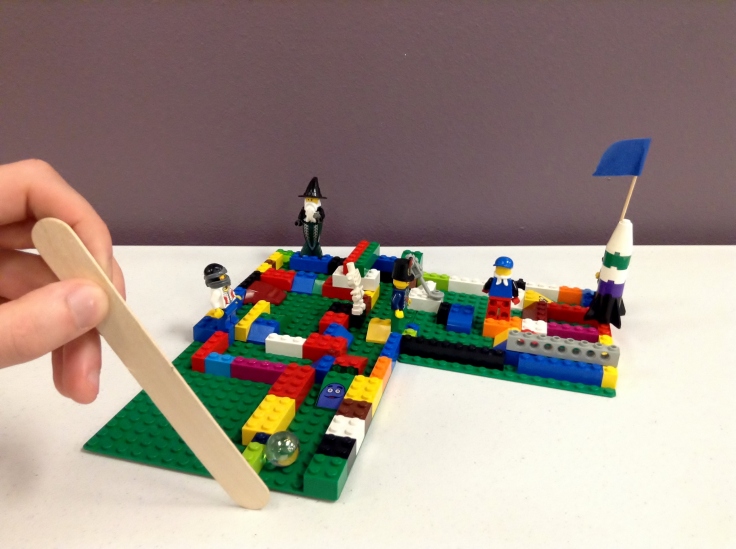 So we built for about 40 minutes, cleaned up for 5, and then instead of sharing we did tested everyone’s courses.  Before we did that, I explained that the “Godzilla Rule” was in effect.  We couldn’t purposely smash something that someone made and we had to be careful.  But I did make sure to point out that accidents may happen and that’s okay.  Everyone had a great time and was really careful with each other’s pieces. 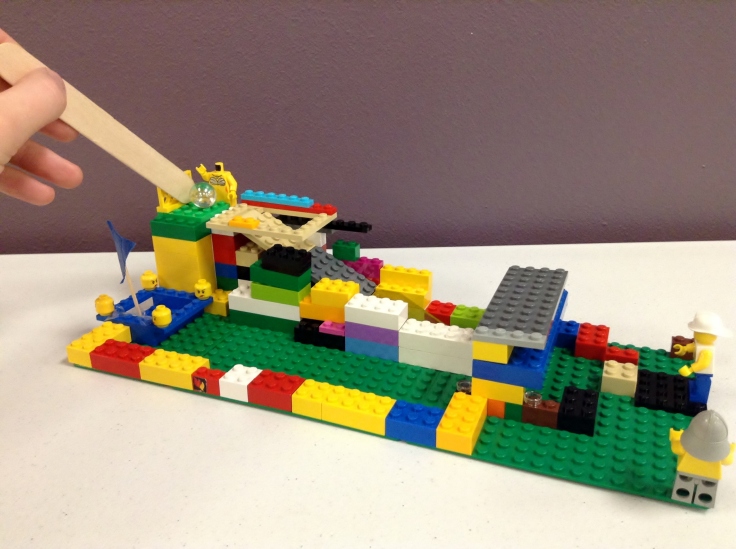 Highly recommend this one for any Lego Club!!  Here’s a video of me testing out some of our best mini-golf courses: