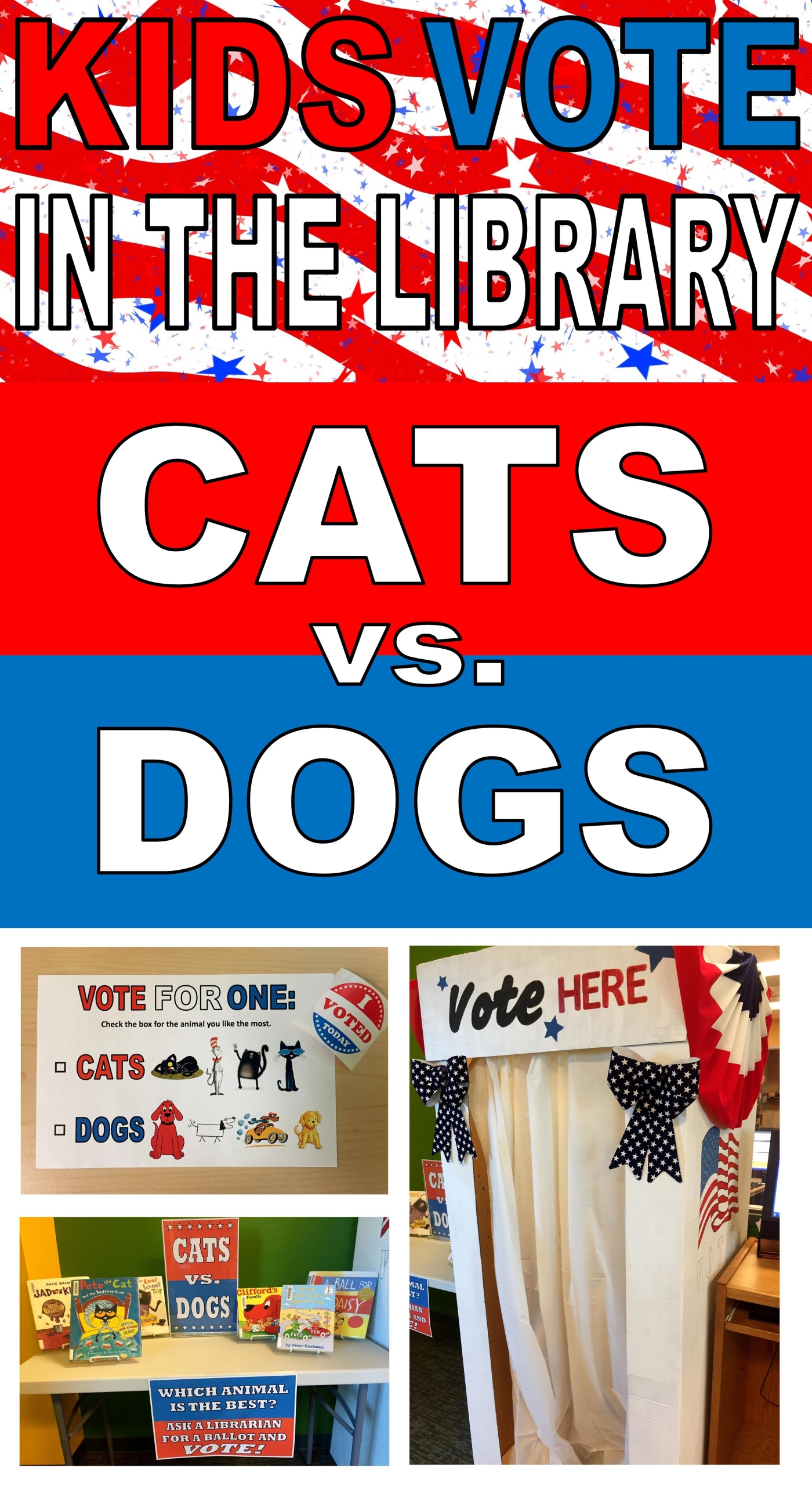 This was a wonderful passive program to do.  Not only is it just fun, but it’s a great way to try and explain the voting process and its importance.  I had several parents come up to me and say how great they thought the whole experience was.

Voting in schools/libraries is obviously nothing new, but I definitely wanted to share my spin on it, and give you my thoughts on why it should be done this way.

So I decided that my election was going to be “Cats vs. Dogs,” as it’s just a fun topic that most people, especially kids, have real opinions on.  I’ve seen other libraries do their elections more like “Book Character A” vs. “Book Character B.”  I think that’s okay, but it can be limiting if your patrons don’t know who the characters are.  I think if you have more general classifications, like “Cats vs. Dogs” it’s easier for everyone to participate.  And you can also easily tie into book characters, or just tie it into real life scenarios like pets. 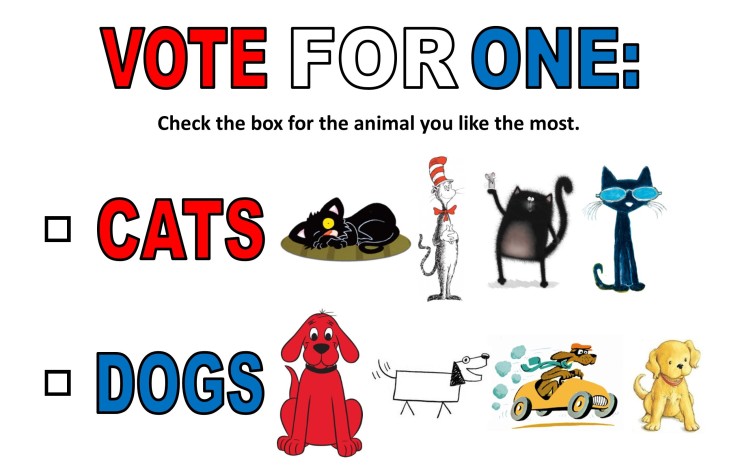 Next our circ assistant Joel made a booth made out of an old refrigerator box, which included a built in shelf to write one.  He then decorated it with a bunch of flag stuff we found at the Dollar Store.  A shower curtain gave the voters some privacy, but maybe don’t get THAT from the Dollar Store, as it ripped very easily.   Making something like this takes a lot more time, but I like the idea of having a designated spot for voting.  That way, kids get a taste of the real thing, and hopefully won’t be intimated by voting when they get older.  I added a display table of cat and dog books next to it.

Of course, you can’t have voting without some campaign ads.  I didn’t want to make any negative ads, as I wanted this to be a positive experience.  But I did want to make them funny, so if you stopped and actually read them you would get the joke.  Ideally, it was to teach kids read between the lines and see if the information was true or not. 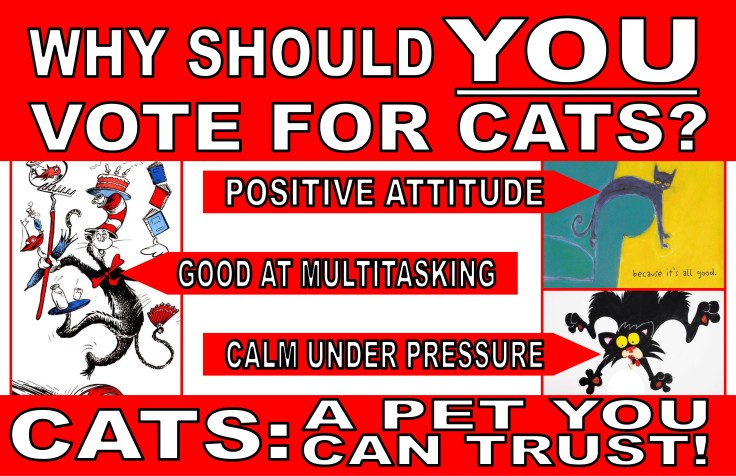