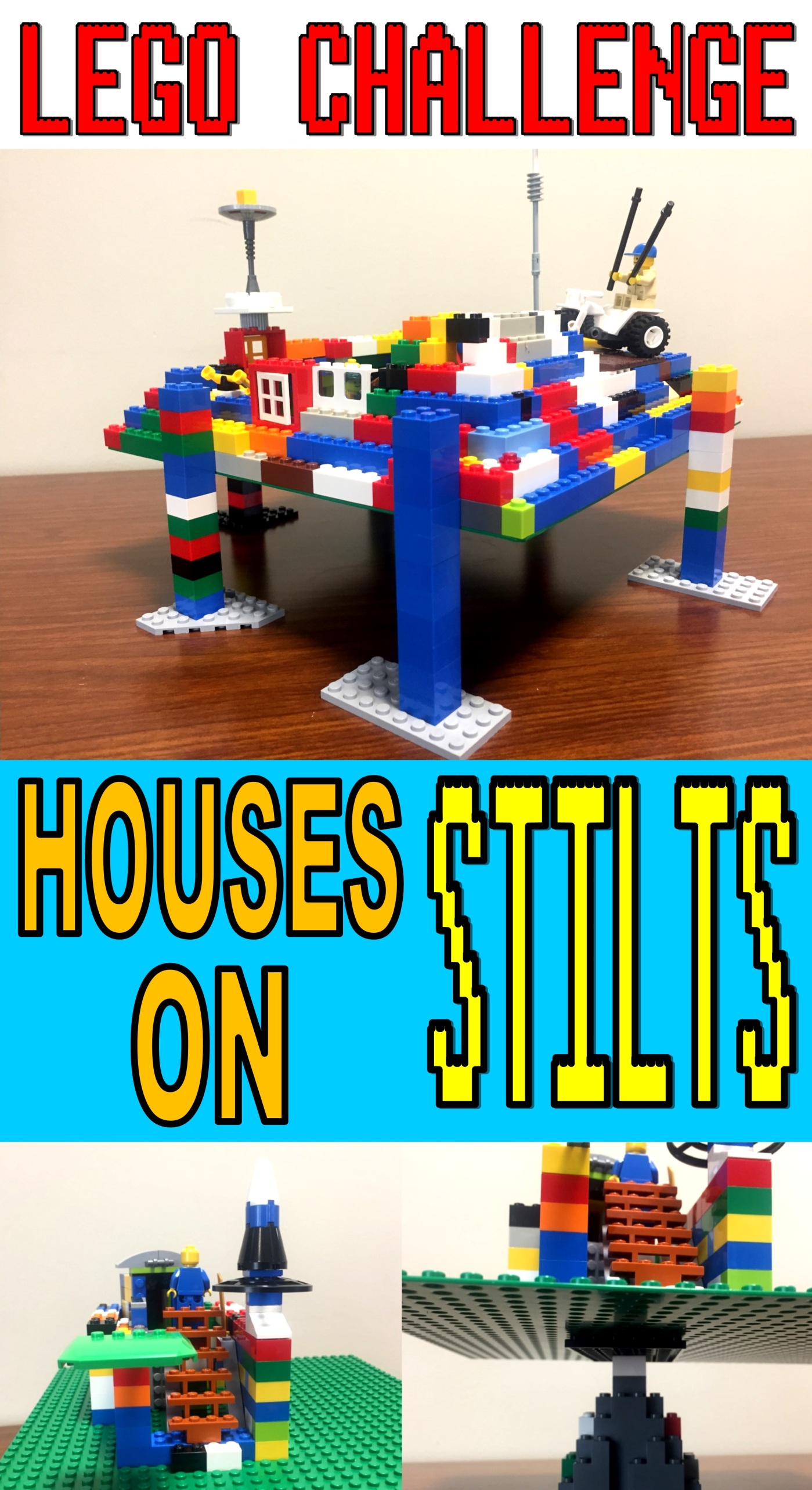 NEW challenge and NEW library!  I recently changed libraries, and started a new Lego Club, same day and same time (Thursdays @ 6 PM).  I was initially worried that no one would come to Lego Club, those worries were quickly put to rest.  We started small at first with only 8, but by the second meeting, we were already at 22 kids!  And I feel it has a lot to with putting on such unique challenges that you can’t really do at home, I think word traveled fast about the amazing things that we were doing!!  So long story short, unique challenges seem to be the way to go 🙂 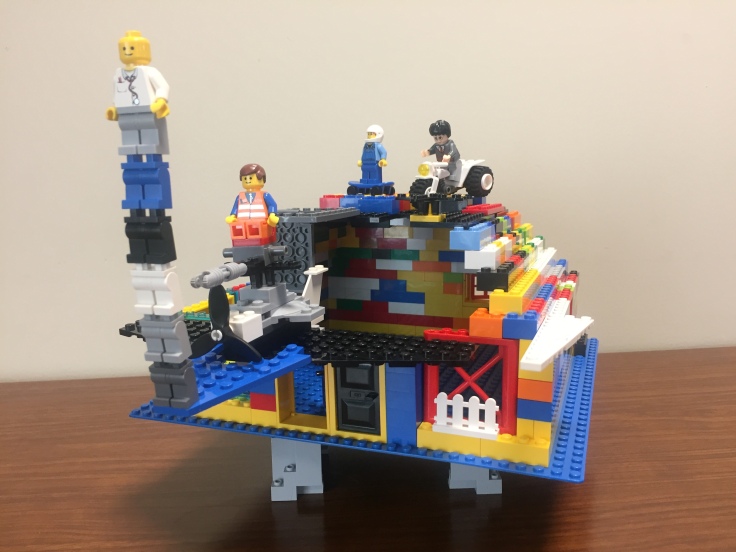 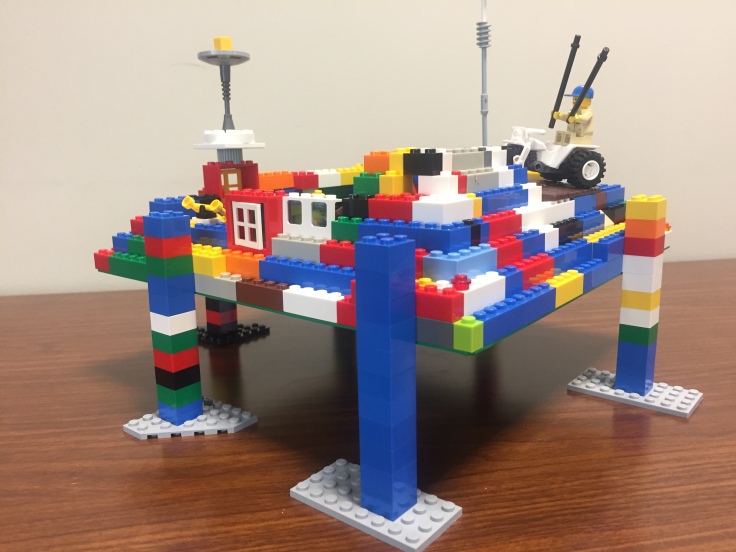 But HERE’S the challenge: it’s impossible to build on the bottom side of a Lego baseboard.  The top where you normally build obviously works–the bottom holes of a Lego block smoothly goes into the little round nubs on the board.  BUT the opposite isn’t true–you can’t put the nubs of a Lego block into the bottom holes of a baseboard.  They weren’t build to work that way.  SO how can you build stilts on your baseboard if it’s impossible to build?!

So I told my kiddos that they had to find someway to elevate their baseboards somehow with stilts.  I later went around and showed a quick example for the younger kids that were confused.  Most kids made some sort of bridge or pedestal.  Other kids build their stilts and attached them to the top of their piece, like the top picture.  Everyone seemed to get it by the end, and if nothing else, everyone had fun making houses. 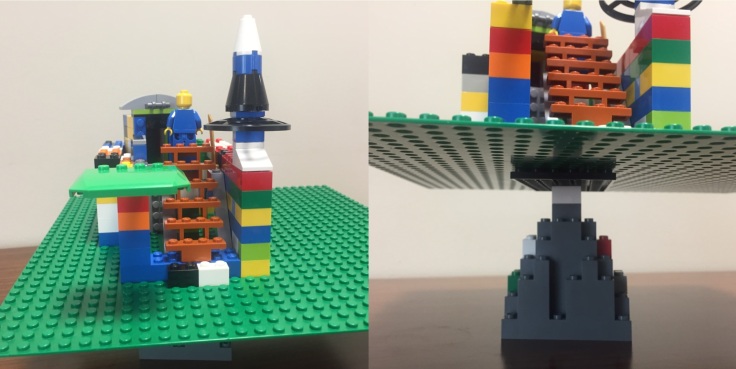 For an extra challenge, you could run this like the “Bridge Challenge” where you gradually add some weight to the house to see how well designed the stilts were designed.  But I thought this was tricky enough.  Let me know how it works for you!! 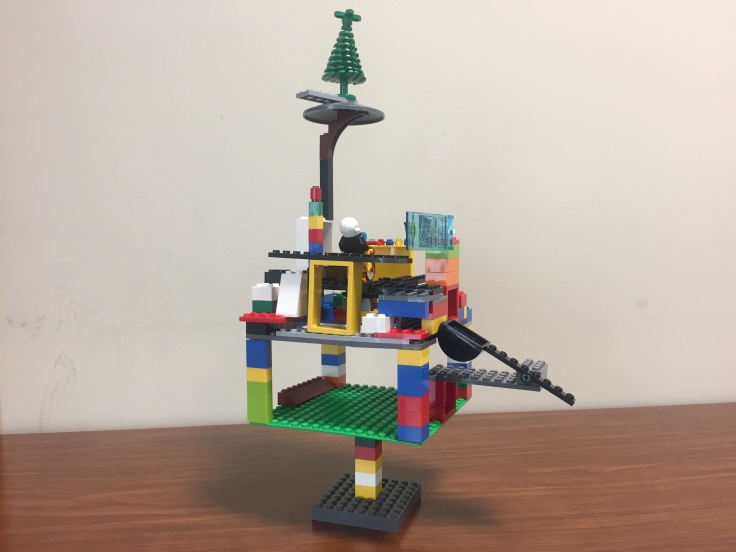 6 thoughts on “Lego Club Challenge–Houses on Stilts: Building on the Wrong Side of the Board!!”